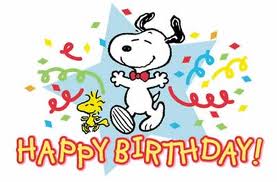 So my birthday came and went yesterday without much fuss or fanfare. I should say, I’m not one of those people who cares too much about parties and/or functions, but even some of the usual suspects were missing from the line-up of text and email reminders that I am yet another year older. I am sure removing myself from Facebook last year didn’t help, as I know that jogs a lot of people’s memories…

But I suppose I have to presume that’s just what happens when you turn thirty-seven, because the alternative – that most people don’t really care about me all that much – isn’t something I want to spend too long thinking about.

Maybe people only really make a big deal when the year ends with a ‘0’, which is fair enough, but you know, sometimes other years are important too. Sometimes hitting thirty-seven – when you had it in your head, for a number of reasons, that you maybe weren’t going to get there – is worth celebrating as well.

1 thought on “Happy Birthday To Me…?”