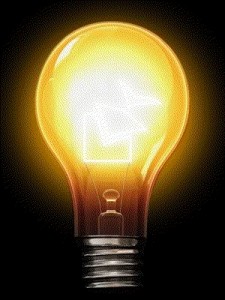 I just finished writing a 6,500 word horror story called The Quick Brown Fox, which means that in the last six months I have completed three pieces that have been ‘on my books’ for many years. All three have turned out pretty well, but it does make me wonder why I have gone back to these old ideas all of a sudden… and is it just my imagination, or are they coming together better than the finished products of my more recent ideas?

I think a lot of the ideas I had when I was younger were very ambitious (too ambitious for the kid who was dreaming them up) so many of them were left unwritten or partially scribbled down to be tackled at an undisclosed date further down the line. Now that I have a clearer understanding of what I am capable of producing – and more importantly, what I’m not – my ideas these days are more… appropriate. Does that mean I have lost my imagination as the years have progressed? I don’t think so. Sure, I have pulled in the edges a little, but I still have the ability to come up with something a little left field when I need to.

Don’t get me wrong: not every idea I had back then was worth saving. Far from it. There are more than a few duds in amongst them that even the greatest literary mind couldn’t rescue, but another difference is that now I can (usually) tell which ones they are, throw them in the bin, and move on.

I still have a lot of (good) ideas from years ago that I want to get around to completing before I shuffle off this mortal coil, but hopefully I can balance that with some of the more recent imaginative acquisitions I have had as well.

2 thoughts on “Out With the New and in With the Old…?”