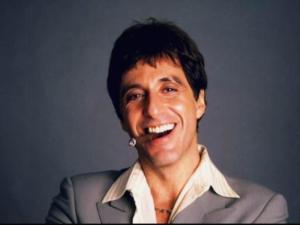 Al Pacino is one of the best actors Hollywood has thrown up in this or any other generation, and he has been a vital cog of many classic movies. The character of Tony Montana is transcendent – even people who have never seen Scarface know who he is – and when all is said and done, Pacino’s interpretation here will perhaps go down as the most iconic performance of his illustrious career.

Scarface is a wacky snapshot of cocaine-fuelled eighties excess, set under the Floridian sun. It’s a gangster movie, but one that is as gloriously over the top as its running time. It has a great soundtrack, a cornucopia of quotable lines, one of the most bloody and exhilarating finales ever, and these days has a very large cult following.

But Scarface is not without its fair share of criticism. It’s unrelentingly violent, a little saggy in the middle, and it’s portrayal of women is lazy at best and misogynistic at worst. With his exaggerated accent, Pacino initially seems badly cast a Cuban refugee, but once the credits roll three hours later, his mesmerising and intense portrayal is difficult to ignore. 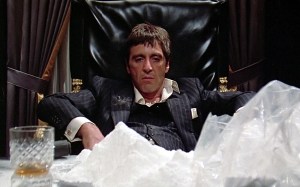 Back in the late nineties, when the internet was just beginning to find its feet, there were many websites dedicated to collecting movie soundbites that you could download and play at your leisure. The most popular of these (and no, I’m not making this up) were Schwarzenegger and Tony Montana clips. I had dozens of WAV files that I would play via Winamp, chronicling Tony’s rise from the gutter to the top of his cocaine mountain, and his subsequent fall down the other side.

But to distill Scarface into a few seconds of sweary audio would be a disservice to the movie. It’s one of the best examples of its genre, and definitely the most fun to watch.