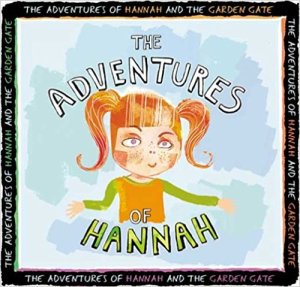 As an adult I don’t make a habit of going around buying glossy books aimed at five year olds, but when I was twenty-nine I made an exception and bought The Adventures of Hannah. It’s a very brief and sweet story, laid out across 18 pages, and was written by an elderly lady who lived in Aberdeen.

But the real reason that I have knocked up a post here about The Adventures of Hannah is because it was illustrated by one of my best friends. In fact I was such a great supporter of the work that I attended the book signing session and only cared about getting it signed by Nicola.

I still have the receipt for the purchase, which reminds me of two things – firstly, that this was released in 2005, a fact that will probably make Nicola feel great; and secondly, that I paid £5.99 for a story I consumed in about ninety seconds and have not gone back to in twelve years. Capitalism, eh?

Oddly, as I look through the pages now, it is funny to realise that as well as being a talented artist, at least some of Nicola’s inspirations began close to home. She may deny it if I ask, but it’s clear to me that she obviously based the design of Hannah’s mother on her own mum. But that’s cool – we all draw from what we know, and I’ve always thought of Nicola’s mum as a caricature anyway.

Nicola has told me before that she would be happy to illustrate some of the stories I have written for children. It’s something I have always turned down in the past for one reason or another, but it’s an idea that I may wish to revisit at some point in the future.