On Friday I went to see Rumours of Fleetwood Mac with The Girlfriend© – the premier Fleetwood Mac tribute band in all the land. Even if this was my first time (and it wasn’t, as I had seen them many years ago with my sister) I would have known I was in for a treat as founding member Mick Fleetwood heartily endorsed them at the start of the show. 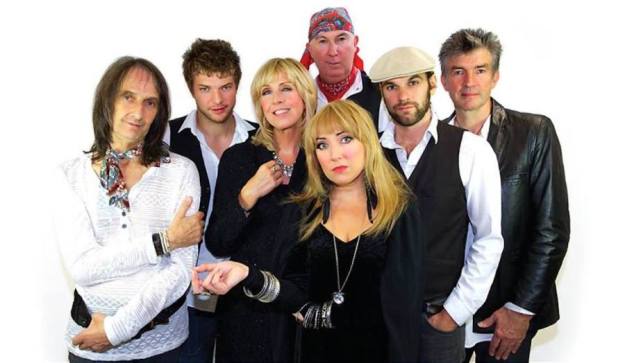 The first half of the performance was taken up with a celebration of the Rumours album which is now forty years old. As such, they performed every song, featuring one of my favourite Mac tracks, the Stevie Nicks fronted Gold Dust Woman. It’s no secret that I think Stevie has one of the sexiest vocals in rock music, but Jess Harwood – the girl who embodies her on stage – runs her pretty damn close.

After the intermission the hits kept on coming as ROFM took us through the entire catalogue, from familiar eighties tracks like Little Lies and Gypsy, dating back to their roots in the late sixties with songs like Black Magic Woman and Need Your Love So Bad… the latter of which turned out to be somewhat of an aphrodisiac for The Girlfriend©, so that was an unexpectedly sweet Friday night bonus.

It’s a show I would heartily recommended for both Fleetwood fans and also those who simply appreciate good music. Catch them if you can – they are touring the UK until the end of May.