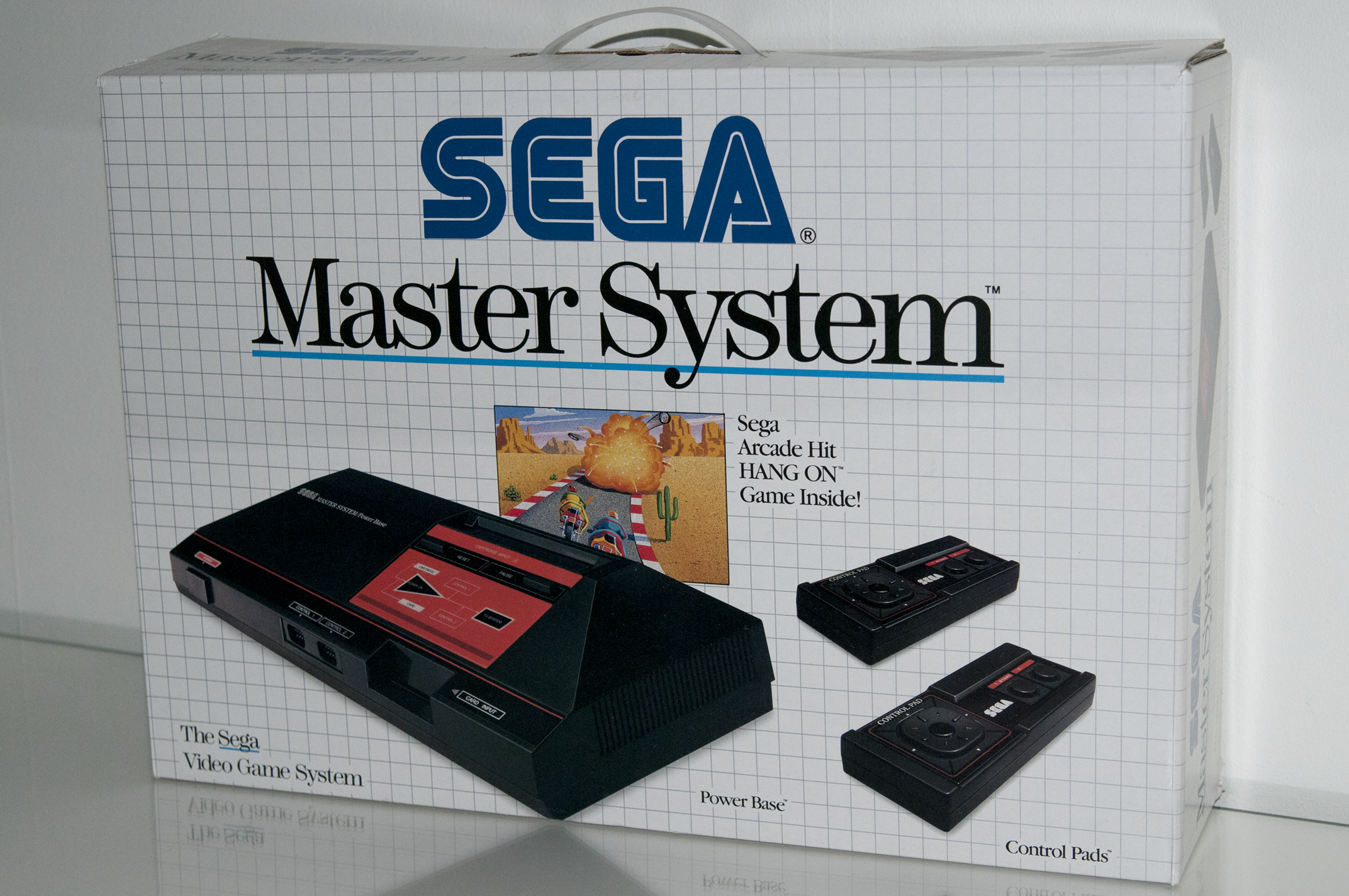 I never had a computer as a child: I was always a console kid. Back in the late eighties, if you played video games, there was no middle ground or third party – you either boarded the train for Team Nintendo or you were in the corner for Team Sega.

And I can remember the exact moment I picked my poison.

I was twelve years old and out shopping with my family in a store called Target, where I lived in Sydney. For those unfamiliar with that name, Target is an Australian department store, not to be confused with the American store called Target that it has nothing to do with, which also sports an extremely similar logo. I used to think that I was dealing with the same company (as you would) but it turns out they are completely different entities. Anyway…

I saw that box on the shelf, with the picture of the motorcycle racing game Hang On, in full glorious colour, and I was sold. Little did I know that video game graphics in 1988 were not anywhere nearly as sharp as the representation here. Even thirty years later, we’re not there, but back then I was enthralled by what wonders awaited me in that mysterious, yet fairly nondescript, box.

My parents must have been feeling both especially solvent and generous that weekend, because they bought the console for me, and I have not been without one ever since.

It was a primitive system, but we had a lower expectation when it came to video games then. We were not spoiled by technology as we are now. There was no video footage; no voice acting. Nothing was animated with more than a few frames. Everything came on plastic cartridges, because discs were at least half a decade away, and the control pad was absolutely awful, but it didn’t matter. Nor did it matter that the games were rendered on a machine with less processing power than a pocket calculator. I was a simple child with straighforward demands. The only criteria was that the games were fun.

Video games have moved on so much since then in almost every conceivable way. They have better production values; they are longer, with more depth. The stories they tell are more involved. They look, sound, and feel… better. Apples for apples, they are also a hell of a lot cheaper than games were thirty years ago.

But while all that is true, there was a purity to games in the eighties that just doesn’t exist anymore. That entire cultural shift was in its infancy, and we cannot go back to the way things were. But for gamers of my age whose formative years were spent throwing a skateboard around in California Games or playing God in Populous, it’s crazy to think that this was the pinnacle of home entertainment, and that we spent weeks saving up our pocket money to buy them. A 2019 kid wouldn’t even go near them if they were free to download on their phone.

I had the Sega Master System for a few years, until it became passé and I upgraded to something a little more powerful and cool in the early nineties. But I stuck with Sega for a few more years, at least. I don’t know what I did with the Master System once it was replaced, but for the time I had with it, I had a blast.