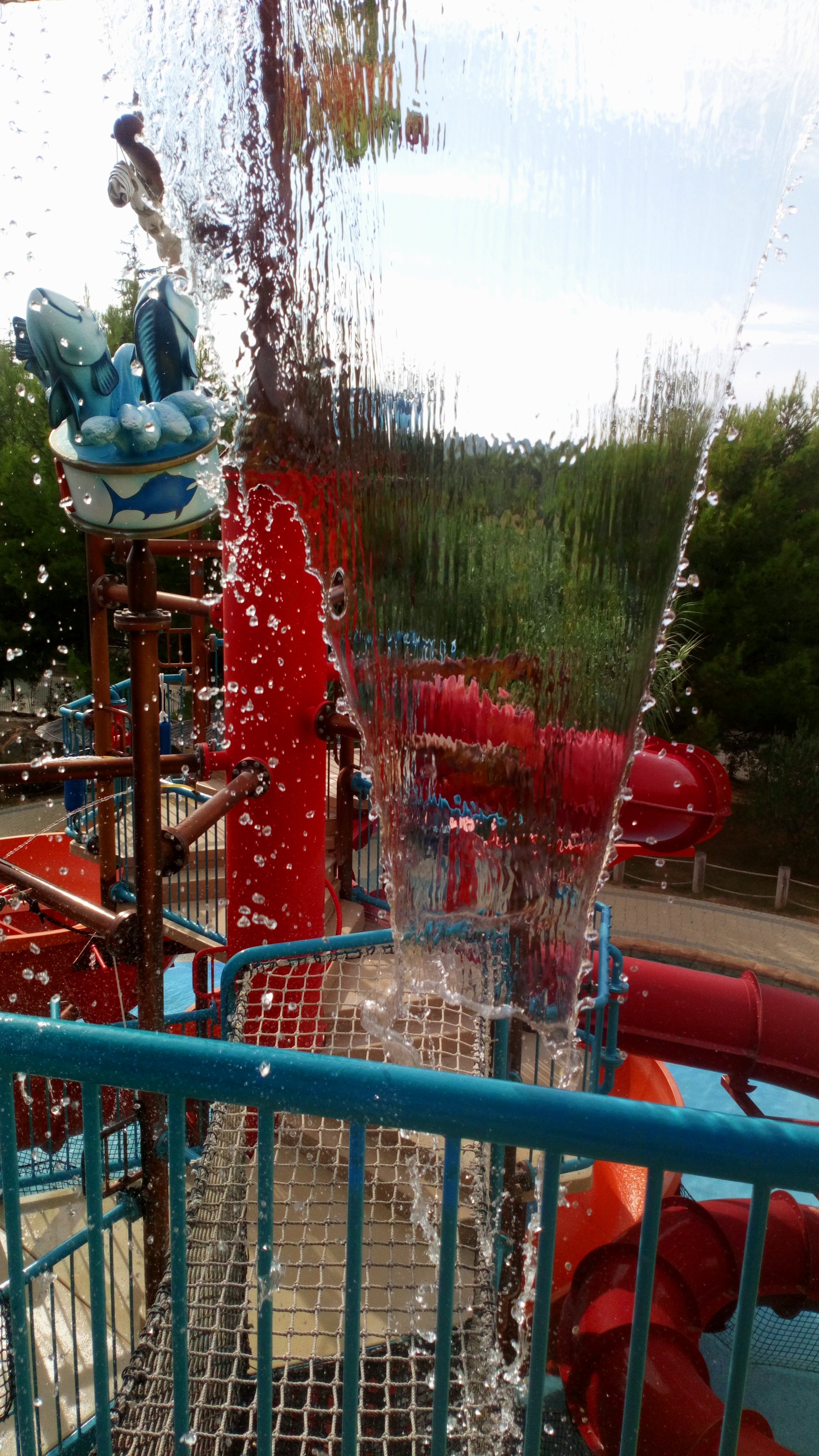 The initial plan for today was to spend it in Sibenik – seeing the sights, and doing the regular tourist kinda things. However, after being directed to the bus stop (which wasn’t really a stop, as such: it was more just a place on the roadside for people to stand), and then catching sight of the driver, who was behind the wheel of a seven-seater mini-van with a crudely written notice on the windscreen saying ‘Sibenik’… I decided to give it a miss. Going with him would have felt a bit like paying someone to kidnap me.

So with that idea postponed, we decided to go to Aquapark Dalmatia – the waterpark that was baked into the resort. We got there just after it opened, and for about an hour we had the place to ourselves. We were like celebrities. No exaggeration. We were actually the only guests until we sat down for lunch, and a few people began to trickle in. But even at the peak of the day, there were never more than a dozen guests there.

There wasn’t much in the park – a few water slides, a few jacuzzis, and a lazy river, but to be honest it was perfectly fine for the relatively inexpensive entrance price. The Fiancée© stayed out of the water as much as she could, but then, I already established on our trip to Drayton Manor a couple of months ago that she doesn’t handle water very well.